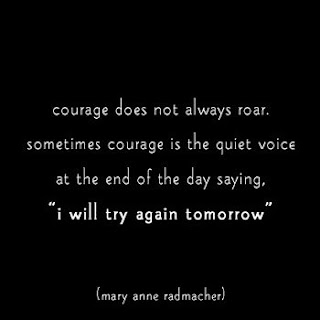 Years ago, I heard such an interesting take on the Blessed Mother and her role in her Son's salvific mission.  The priest explained that Our Lady was a mother, just like us, and that she probably had concerns and worries just like we do.
He even illustrated the point, using the preaching on the Mount, and that Our Lady was probably nervous, even worried about all the details that a typical mother would.  Would He say this or that.....Would the people receive the message....Did anyone need something to eat or drink.   You can just imagine about a million thoughts that went through her head.
As a mother, we are concerned with so many of the details, and watching our children present themselves for others, well, it can make us crazy.
Take yesterday's example:  Three of my children were in an all school Spelling Bee, having proven themselves worthy in successfully winning top three, in their respective grade levels.  All the children wanted to do their best, and each one studied, and I was right there with them, quizzing them at even the oddest moments of the day to ensure the correct spelling of some difficult words.

Yesterday morning, my Knight had to be at school early to serve Mass, and just before the opening song, Thinker gave me a look.  She whispered, "Mom, I'm nervous."

All the prep work had been done.  She knew her stuff.  I looked at her then and told her the only thing I could, "Honey, all you can do now, is pray.  The Holy Spirit can come and give you peace and calm, ask Him to bless you."

She nodded, and knelt back down, bowed her head, and must have made the request just then.  I could see the nervousness on her face, and offered this Mass for her, hoping for the gift of peace.

The Bee was right after Mass.  As the children lined up, I noticed my three up there and their non-verbal demonstrated once again, how the nicknames I use here, are really true to form.  Entertainer was confident in front of the crowd, smiling and even waving to me and her friends.  Being in the spotlight has never bothered her.

Carefree Knight was sitting up there, feet hiked up on the chair, and he was leaning comfortably to ensure minimal effort of posture.

Then, I turned my eyes to Thinker.  She was sitting up right, almost frozen in fear and nervousness, hands clenched and eyes darting back and forth scanning the crowd before her.

I knew what was coming.  Her nerves were taking her over.

And indeed they did.  She made silly mistakes, and was removed from the competition swiftly.  My heart broke for her, as she knew these words backwards and forwards.  She came to sit by me while the the Bee finished up, and she couldn't contain herself anymore.  She was so frustrated at herself....and as a mother, I felt her pain, literally.

It's so difficult to see your own child suffer, especially when they had worked so hard in preparation.  On the way home after school, we talked more about it, and we came to a conclusion.  There are two parts of a Spelling Bee that you have conquer if you want to win.

One - you must know your words.  You study.
Two - you must prepare mentally for the nervousness that will surely come.  And when your moment is there, you have to overcome it.

At times, I want to believe it's too much to demand of little kids, to stand up there, keep it together and think clearly enough to spell some very difficult words.  But in all honesty, the skill of public speaking is a necessity for their future, no matter what that future might hold.

That night, last night, we also had a doctor's appointment for Serious, and afterwards, I decided to make an announcement, "We are going for a fun dinner, guys!"

We picked up McDonalds, and as we drove home, I asked the kids if they knew why I had just picked up fun food.  They shouted a variety of answers, (My favorite by Entertainer, "Because you are so pretty, Mom?")

These are the best kids in the whole world.